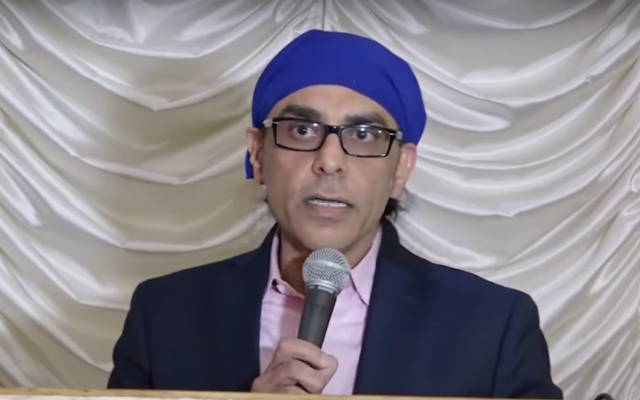 US-based Gurpatwant Singh Pannu of Sikhs for Justice has been declared a terrorist amongst 8 others by the Ministry of Home Affairs (India) under the Unlawful Activities (Prevention) Act.

These individuals are involved in various acts of terrorism from foreign soil. They have been trying to revive militancy in Punjab

Pannus Sikhs for Justice organization has been behind a campaign under the slogan of “Punjab Referendum 2020”. The objective of the campaign is to give the people of Punjab an opportunity to vote whether they would prefer to remain a part of India or to reestablish itself as a seperate nation.

Most recently, the country of South Sudan was created as a result of a referendum. Scotland and the province of Quebec have held referendums in the past on the subject of independence from the United Kingdom and Canada respectively.

Our opinion is that declaring Pannu as a terrorist comes on the heels of the growing popularity of the “Punjab Referendum 2020” campaign. Voter registration is intended to begin on July 4 across all of India and this is the first step amongst many the Indian government will take to curtail the momentum of the campaign.

The Khalistan movement’s image has been tarnished by the Indian political system, judicial system, and media alike over the past 36 years by being portrayed as a violent movement. The “Punjab Referendum 2020” is intended to be a peaceful and democratic approach to self-determination and one that completely contradicts the aforementioned narrative written collectively by the Indian system.