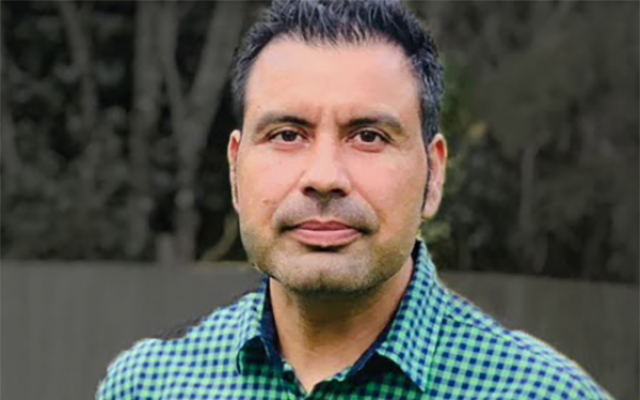 Balwinder Mathadda, also known as Bhinda, the co-host of Harnek Neki on his Radio Virsa New Zealand radio station and Youtube channel has apologized for hurting the religious sentiments of Sikhs.

For several years Neki and his co-hosts, including Balwinder Mathadda, have been slandering key historical and present-day figures associated with the Damdami Taskal and the Sikh Freedom movement along with its supporters. However, recently the co-hosts have become bolder and bolder in making derogatory remarks against Sikhism in general.

Balwinder Mathadda had been visiting his native village of Mathadda in Jalandhar, Punjab, and became stranded due to Covid-19 travel restrictions. As religious organizations in Punjab became aware of Bhindas visit to Punjab they planned to visit him at his village under the leadership of Amrik Singh Ajnala. Amrik Singh Ajnala was appointed Jathedar of Sri Kesgarh Sahib and Anandpur Sahib by Sarbat Khalsa in 2015.

As the Punjab Police became aware of this they prevented Amrik Singh Ajnala and his associates from entering Mathadda village. A memorandum was submitted to the Senior Superintendent of Police Jalandhar stating that

1) he referred to the Guru Granth Sahib as an ordinary book
2) he referred to the Darbar Sahib as an ordinary building
3) he referred to the sarovar (holy water) as polluted
4) he made derogatory remarks against Sikh martyrs
5) he used profanities to describe religious figures and should be charged under Indian penal code 295a (Deliberate and malicious acts, intended to outrage religious feelings)
6) the vocabulary used on the channel and social media could cause civil unrest in Punjab at any time and if any loss of human life or property transpires Balwinder Singh and the administration will be responsible

I Balwinder Singh alias Bhinda son of Naranjan Singh of village Mathadda, Tehsil Phillaur, District Jalandhar am a resident of New Zealand. For the past some time I have made objectionable criticisms of religious gurus and religious places of worship on my Facebook account. I now realize by doing so I have hurt the religious sentiments of the respective followers. Therefore I have deleted all posts from my Facebook account. I apologize and will not make any such mistakes in the future