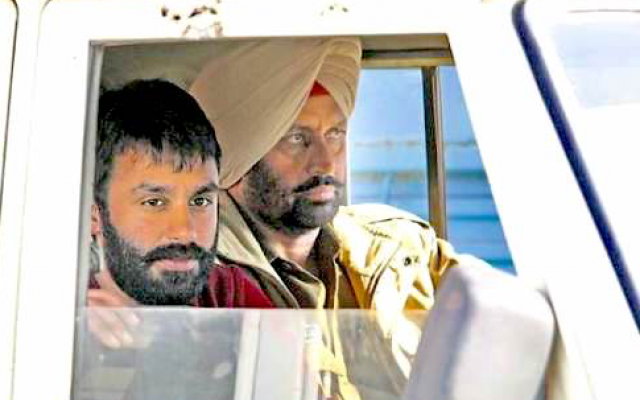 30 year old Scotland resident Jagtar Singh Johal (Jaggi) was visiting India for his wedding to take place on October 18, 2017. On November 4, 2017 he was out shopping with his wife and cousin when three men abducted him by placing a bag over his head. He was thrown in a van which sped off

It was later known that these men were from the Punjab police and they had illegally abducted Jaggi. Jaggis brothers flew back to India as soon as their sister-in-law notified them of what had just occurred

They were threatened and intimidated along with Jaggis wife and the rest of the extended family. They had to flee the country and Jaggis wife is still in hiding. No charges have been brought and nor has the family seen Jaggi since his wedding

He has been tortured physically and mentally as his legs were forcibly stretched beyond limits and he was given electric shorts on nipples, ears, and genitals

Inconsistencies in the claims

The chief minister of Punjab Captain Amarinder and the Director General of Police and Suresh Aurora (well-known butcher of Sikhs) at the initial press conference notifying the public of the arrest of Jaggi, Jimmy Singh, Hardeep Singh Shera, and Ramandeep Singh deemed 8 unsolved murders of Hindu leaders as solved. It was very irresponsible for these two state-level officials to deem the cases solved without a trial taking place or any evidence presented. They essentially biased the public and the case before it even started.

It was initially claimed that Pakistans intelligence agency ISI was involved and that Jaggi had visited Pakistan. The extended family was put under extreme pressure by Punjab Police to give up his passport. Jaggis elder brother Gurpreet was wise enough to deposit it with the British High Commission in Delhi instead and the receipt of it was presented to the court. It is not uncommon for a fake visa to be stamped on passports for incrimination purposes in India

As of this writing, 7 murder cases are being planted on Jaggi. He has only visited India in 2009 for his elder brother wedding, April 2017 for his engagement, and October 2, 2017 for his wedding. He was not present in India while the majority of the murders took place. He is being linked to a “First Information Report” (FIR) from 2016, although his name was not present anywhere in the contents, but was not arrested when he visited India in April, 2017

One of the murders he is alleged to be involved in (of Vipan Sharma) has already been claimed by fugitive on the run Saraj Sandhu publicly on his Facebook profile.

I want to tell all my brothers, the murder which took place on October 30 on Amritsar-Batala Road of Vipan Sharma was committed by me. It was a punishment for the wrongdoing this person did. We have never done wrong by anyone but at the same time we do not tolerate any injustice done against our friends. The recent murder of a police officer was orchestrated by Vipan Sharma, and the victim was the father of my good friend. Further police investigation into the matter will find Vipan Sharma guilty. This is not to be spun as a religious killing because it was in actuality a personal vendetta.

What You Can Do