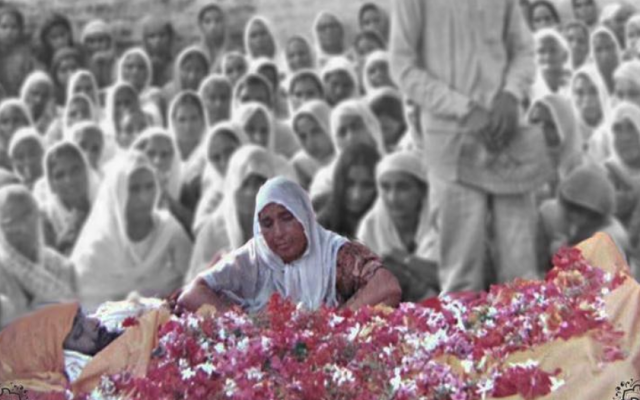 The “Singhs Doing Things” crew are back with another track, following the success of Roose, Kaali, Khadku Life, Watch Your Mouth, and Soldier. The track is titled “Dear Mama”, written by Chani Nattan, sung by Amantej Hundal, and produced by Intense (formerly known as DJ Intense).

The title of the track shares the name with the infamous 1995 track by Tupac. The song starts with an intro by Tupac further substantiating the connection between the two songs. However Chani Nattans version will trigger much deeper emotions for those who share Sikh sentiments. The former is a song whose theme is appreciation for the sacrifices a mother makes for her son whereas the latter is about a son seeking forgiveness for a severed mother-son relationship as a consequence of being an on-the-run revolutionary.

Amantej Hundals vocals fit the theme of the song and Intenses piano riffs will touch the soul of any listener. Chani Nattan lyrics are the foundation for the song. We know him to be a great writer with a flair for rhyming and he doesn’t disappoint in this song. The rhyming is done well and the contrasting of the protagonists childhood with his present life as a revolutionary was the strong suite of the lyrics throughout.

The last verse ends the song with a very profound message. This song is unique from all the Khardku tracks from the past which speak to the bravery of shaheeds from the Khalistan movement. We urge you to legally download the song from iTunes or other music platforms to support the “Singhs Doing Things” team so they can continue their seva.

We are eagerly anticipating the groups next track titled “Mere Dushman”