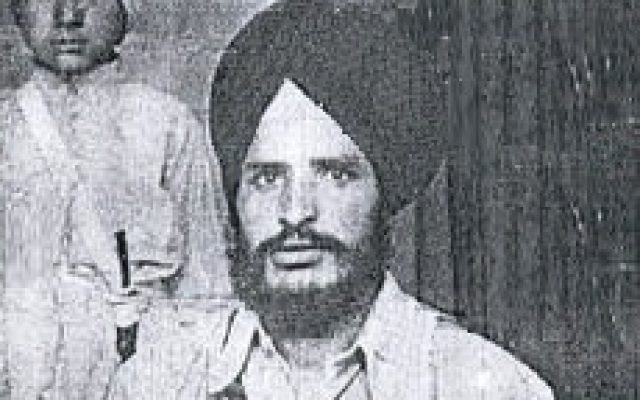 Jathedar Sukhdev Singh Ji Babbar was a very special Gursikh with many admirable qualities. During Vaisakhi 1978, when the Indian Government sponsored “Nirankaris” were parading around Amritsar, hurling abuse at our Gurus, Sahibzaadai and Panj Pyarai, Bhai Fauja Singh collated together a group of Gursikhs to protest at the insults. At the same time, Bhai Sukhdev Singh Ji was getting married. When Bhai Sukhdev Singh Ji heard about the martyrdom of his close friend Bhai Fauja Singh Ji, he called a meeting of Gursikhs who decided that they had no alternative but to defend the Khalsa Panth against these increasing attacks by using arms.

Jathedar Sukhdev Singh Babbar was a highly spiritual Gursikh as well as being a great military Commander. His daily prayers would last many hours, as he meditated peacefully on God. He was a very humble and caring man, soft-spoken, yet very determined and strong of character. He was a perfect example of a Gursikh.

In 1984, just prior to the Blue star operation in which the Indian Government set out to finish off Sikhism, Jathedar Sukhdev Singh received intelligence reports a few days earlier. Jathedar quickly formulated a defensive plan and began to fortify the Golden temple complex. As the Indian army arrived with its tanks, helicopters and thousands of troops, a few Gursikhs fought like true Warrior-Saints of Guru Gobind Singh and held out for almost a week. The first Singh to be martyred in operation Blue star was Jathedar Sukhdev Singh’s close friend, Bhai Mengha Singh Ji, who received a single sniper shot to the head.

The Gursikhs within the complex fought so courageously that they sent shivers down the spines of the Indian Army commanders. Eventually, however, the Gursikhs also suffered many losses and Jathedar Sukhdev Singh’s men pleaded with him to leave the complex and to continue the resistance soon afterwards. Jathedar Sukhdev Singh had no choice but to leave, but his heart never healed having seen with his own eyes, the desecration of our holy Akal Takhat and Harmandir Sahib. For the next eight years, Jathedar Sukhdev Singh commanded attacks on the evil and merciless police and army forces who had direct orders from the Indian Government to rape all Sikh women and kill all Amritdhari Sikhs.

In August 1992, Jathedar Sukhdev Singh Babbar was ambushed by the Indian Army. He was executed immediately. He will always be remembered as a true Warrior-Saint of Guru Gobind Singh and a brave patriot of the Khalsa Nation.