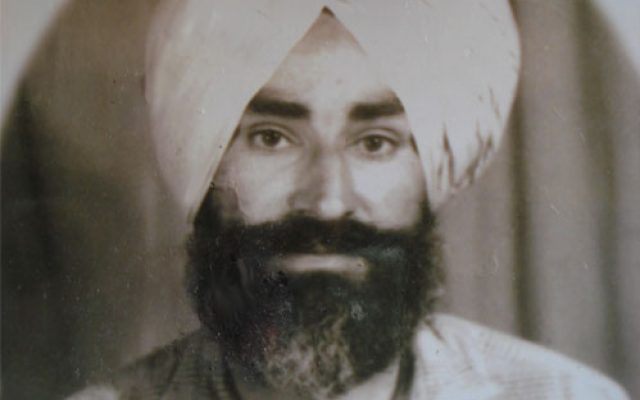 Shaheed Jaswant Singh Khalra (1952-1995) was a human rights defender who was born in Khalra village of Amritsar district. He was a bank employee in Amritsar during the 1980’s. After Operation Blue Star, the assassination of Indira Gandhi, and the 1984 Anti-Sikh Riots in which thousands of innocent Sikhs died at the hands of crazed (some apparently organized) Hindu mobs, after the Prime Minister was assasinated by her trusted Sikh bodyguards.

In the Punjab police were empowered to detain Sikhs for any reason, ostensibly as suspected terrorists. Seeing that many of his friends and colleagues had gone missing, he researched information which eventually led him to find files from the municipal corporation of Amritsar which had information containing the names, age and addresses of thousands of Sikhs who had been killed and illegally cremated by the Punjab Police.

In 1995, Jaswant Singh was last seen washing his car in front of his house, when he disappeared. Witnesses gave statements implicating the police and implicated, ‘the butcher of Punjab’ – KPS Gill, but the Punjab Police denied that they arrested him, and claimed they knew nothing about his whereabouts. In 1996, the Central Bureau of Investigation found evidence that he was held at a police station in Tarn Taran and recommended the prosecuting of nine Punjab police officials for his murder and kidnapping.

His widow Bibi Paramjit Kaur Khalra is currently carrying on her husband’s fighting for justice and now her name has been added to the thousands of Sikhs who do not have any word of what happened to their loved ones.