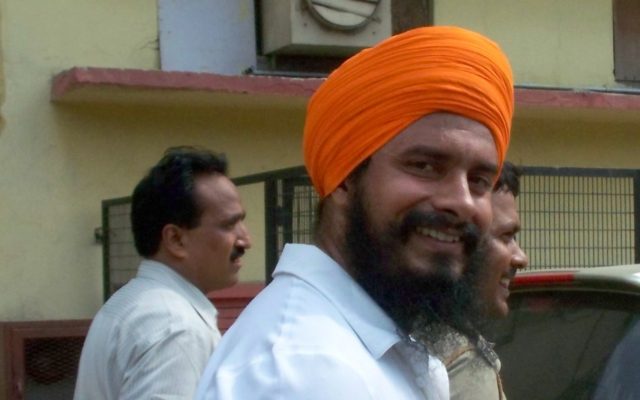 Bhai Jagtar Singh Hawara has been acquitted of a charge related to a bomb blast which occurred on December 23rd, 1995 near Ghainta Ghar Chowk (Clock Tower), Ludhiana.

The Kotwali Police had accused Hawara of being in possession of 5kg of RDX, an AK-56 assault rifle, a bullet magazine, wireless set, and the remote control which triggered the blast. The trial was held via video-conferencing as Hawara is lodged in Tihar Jail, New Delhi.

The Kotwali Police were unable to produce the allegedly recovered RDX and the investigative officer Gurinderjit Singh did not appear for any of the trial hearings. Furthermore, there was a discrepancy between the number of AK-56 specified in the recovery memo and the actual number that was deposited. The Kotwali police failed to prove their original claims and as a result, Additional Session Judge Arunvir Vashishta has acquitted Hawara of the charge after 24 years.

The court is expected to pronounce on Saturday the judgment of his only pending case which is the bomb blast case. Hawara is currently serving a life sentence in the murder of Chief Minister Beant Singh