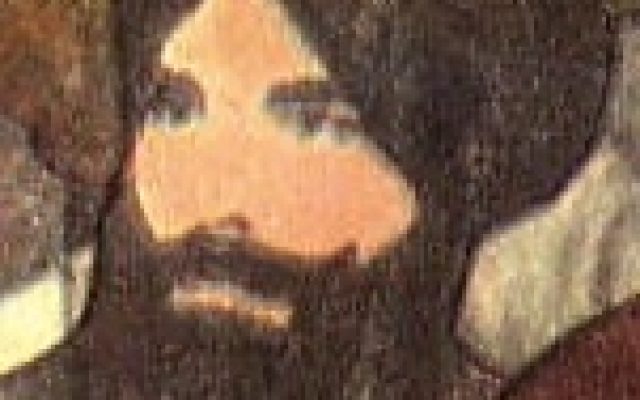 Bhai Avtar Singh Babbar (Pehlvan) became associated with Babbar Khalsa International because it was said that this group ran completely according to Sikh principles and the workers are all very dedicated to religious matters. In his earlier life, Bhai Avtar Singh was not firm in his religious beliefs but later, he faced such circumstances that he became ready to sacrifice his all and die for the Sikh faith and Sikh interests.

Shaheed Bhai Avtar Singh Babbar was born in March 1960 in home of Sardar Saroop Singh and Bibi Mahinder Kaur. The family had three sons and two daughters. He was the youngest son.

Supporting such a large household from income earned through the family farm became diffuclt and so the family in 1968, left their native Jhabal and moved to Amritsar City (Kangra Colony).

Bhai Avtar Singh studied until the sixth grade. He completed four in Jhabal and two further in the city. After this he did not study further.

Like his brothers, Bhai Avtar Singh began working in a factory, but he did not stay long in any place. In one job he would spend six months and then move on and work a year some where else and so on. This continued until 1984. At that time, Bhai Avtar Singh had cut his hair and shaved his beard. He used to also drink a lot of liquor. He had very good relations with the local communists and used to join in all their events. Bhai Avtar Singh was also the Union President of his factory. His older brother’s used to take part in the Akali Morcha and Bhai Avtar Singh used to mock and make fun of them. In those days, he was essentially an atheist.

Around this time, Bhai Avtar Singh bought a liquor shop near Amritsar’s Gagan Cinema. He soon fell into a feud with a nearby liquor shop owner, which was resolved by Maninderjit Bitta (Youth Congress (I) leader). [Note: Bitta is still active today. He is now the leader of the All-India Anti Terrorist Front. He worked very vigorously against the Sikh Freedom Movement. Bhai Davinderpal Singh Bhullar is facing execution in India for an alleged assassination attempt on Bitta]. After this, Bhai Avtar Singh became a close associate of Bitta and even became the Block President of the Youth Congress.

During the attack on Sri Darbar Sahib, on June 6th, 1984 at 1.30AM, Madan Lal Vohra complained to the army that the three brothers were a risk to the local Hindus and had them arrested. The brothers were first taken to the army camp at Amritsar, where they were interrogated and tortured. After this, on June 27, they were sent to jail and released on July 9, 1984. After this, Bhai Avtar Singh’s life was transformed. He was no longer an atheist. The reason for this was his experience in jail. He was of course now a victim on the Indian Government’s unjust law that had him arrested and tortured. But he was also shocked by the bigoted policy that had resulted in the attack on Sri Darbar Sahib.

In jail, Bhai Avtar Singh had met Babbar Khalsa’s Bhai Kulvant Singh (Ambala) and his companions. The Singhs used to do paath and keertan together and always stayed content within Akal Purakh’s will. These Singhs had a very deep effect on Bhai Avtar Singh. His interest in the Guru and Gurbani grew very quickly. After being released from prison he became a tyar-bar-tyar Singh. After just a little while, his nitnem grew to 15 banis and in his final days it was 21 banis.

Bhai Avtar Singh, to fight against Indian terror, joined Babbar Khalsa to take part in the Panthic Movement. He took part in some very major actions.

On June 20, 1986, Bhai Avtar Singh was arrested by the Amritsar Police and brutally tortured. He was then sent to jail on July 26, 1986. After some days, he was turned over to the Delhi police for interrogation. It was there that they declared him the main accused in a plot to blow up the Indian Parliament. He was sent to Indore jail under the NSA act. His family filed a petition against this and the NSA charges were dropped. On May 19, 1987, Bhai Avtar Singh was brought back to Amritsar. His older brother, Bhai Jasbir Singh had been arrested on May 5th.

Bhai Avtar Singh was given to the Amritsar Police under a remand for May 21, 1987. Both of Bhai Sahib’s arms were broken at this time due to torture. On the night of May 21st, Bhai Sahib was martyred in a fake encounter. On May 23, the newspapers announced that in an encounter, Goindwal Police had killed a major terrorist, Bhai Avtar Singh, and his companion, Bhai Rana Partap Singh Babbar.

The police decided to cremate the bodies of Bhai Avtar Singh and Bhai Rana Partap Singh. When the family arrived to take bodies, they found that the police had already placed the bodies together on one pyre at Tarn Taran’s cremation grounds and lit the wood. Bhai Rana Partap Singh’s mother parents along with their village panchait arrived at that time and decided to cremate the bodies themselves. They pushed the government’s wood aside and removed the bodies. The Singh’s hands were still tied behind their backs and their bodies were ripped apart by the torture. Bhai Avtar Singh and Bhai Rana Partap Singh were cremated with due honour and their ashes were immersed at Sri Goindwal Sahib.- See more at: http://web.archive.org/web/20140924143533/http://www.neverforget84.com/shaheeds/shaheed-bhai-avtar-singh-babbar#sthash.8pS37qhi.dpuf