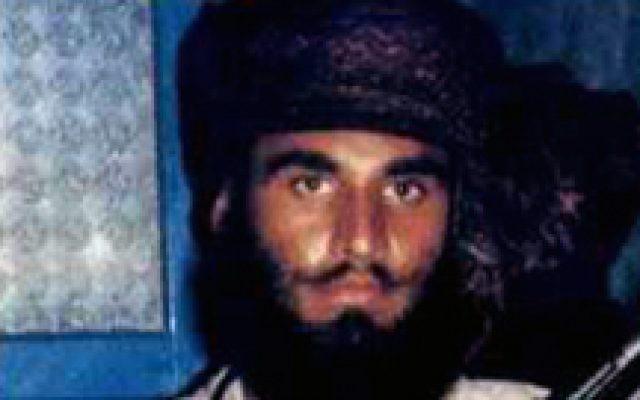 Shaheed Bhai Amarjeet Singh ‘Billa’ was born on November 6th 1967 at village Begowal, District Kapurthala. Bhai Sahib was initially a member of the AISSF, from which he went on to join the Khalistan Liberation Force.

Bhai Sahib was given the opportunity to escape to the USA where 2 of his brothers had emigrated to. After giving in to pressure from his family to leave India, Bhai Sahib left for Nepal from where he was due to escape to the USA. Upon reaching Nepal, Bhai Sahib knew the risks of returning home but still decided that he should follow his heart and return to Punjab to fight against the oppressors and tyrant leaders of the Hindustani Government.

Bhai Sahib gave up the chance to settle down abroad and lead a comfortable life, but his commitment and dedication to the freedom movement was not to be deterred. Bhai Sahib had a reward of 500,000 Rupees on his head.

On the 29th of June 1993 near Sri Hargobindpur in an encounter with the Police Bhai Sahib attained Shaheedi (Martyrdom).

Begowal is a small town in the Kapurthala district where my family also lived. Bhai Sahib protected the people in that area from the police officers who would often steal from the poor villagers and harass those sympathetic to the Freedom Fighters. The main perpetrators of this were officers stationed at Bholath Police Station.

The SP would send his own police officers disguised as Freedom Fighters to loot the innocents of the village, mainly those who had come from abroad (NRI’s)

In one case a Sikh families sons had come to visit from America in the summer of 1989, in a town only 5 miles away from Bhai Sahibs town.

During the night, whilst most of the family was attending a wedding function, the police officers disguised as Freedom Fighters entered the house and extorted money from the elders of the house, who had decided to stay at home. The officers claimed to be affiliated with the Khalistan Liberation Force (of whom Bhai Amarjeet Singh was the Lieutenant General). The officers demanded a ransom of 50,000 Rupees. The family gave them half of this amount and told them to return the next day for the remaining amount.

When the sons returned home from the wedding function the following, they were surprised to see their parents crying, and asked them what had happened. The parents told them of the incident which occurred the night before. The parents told them that members of the KLF had come round and threatened them and taken 25,000 Rupees and they would be returning tonight to take another 25,000 Rupees.

The youngest knew Bhai Amarjeet Singh personally and assured his family that the KLF would never stoop so low and it must have been an attempt by the police to defame the organisation. The son then went to visit Bhai Amarjeet Singh at the Begowal bus depot, where Bhai Sahib was always stationed, who then took him to visit Bhai Paramjeet Singh Panjwar. Bhai Panjwar assured the son that none of the men under his command would do such a thing and was certain that this was a ploy by the Punjab Police. Bhai Panjwar gave the son a letter and told him to present it to the ‘Freedom Fighters’ who were due to return to the house to collect the rest of the money. The son feared that if he showed the letter and exposed the police officers then his life could be in danger. He then asked if Bhai Amarjeet Singh and his men could stay the night at his house to protect his family should anything happen. Bhai Sahib agreed to do so, and along with his men spent the night on the roof of the house waiting for the fake freedom fighters.

Bhai Sahib shot and killed one of the officers and a shootout began, in which 2 officers were injured but managed to escape in their jeep. Bhai Sahib returned to the house and gave the youngest son a weapon for his protection, should any further problems arise, and requested to the family to follow the teachings of Sri Guru Nanak Dev Ji and become his Sikhs.

In this manner Bhai Sahib helped many families in the Kapurthala area. Should anyone need his help Bhai Sahib could always be found at the Begowal bus depot, standing with his fellow Singh’s armed with an AK-47. The Punjab Police was also aware of where Bhai Sahib was based but never dared to attempt to capture Bhai Sahib.

After Bhai Sahib moved base, the Punjab Police in search of Bhai Sahib stormed his house and blew it apart with grenade attacks in which Bhai Sahib’s family member were injured including Bhai Sahib’s mother. After the Shaheedi (Martyrdom) of Bhai Sahib the police seized their family land. Bhai Sahib’s two brothers currently residing in the USA, annually hold an Akhand Path in the memory of Bhai Amarjeet Singh at his home town of Begowal.