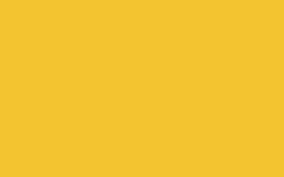 Shaheed Bhai Ajit Singh Ji was born in a small village in district Jalandhar. From childhood he was a very keen and focussed person. He grew up to be a very handsome, tall young man. He joined Indian Air Force in the fifties. There he met Bhai Tejinder Singh who was a well known Singh of Akhand Kirtani Jatha. Bhai Sahib Randhir Singh Ji had not left this world yet and was physically alive. Bhai Tejinder Singh gave Bhai Ajit Singh some books to read.

After reading these books, Bhai Ajit Singh totally changed and expressed his desire to become a Sikh of Guru Nanak Dev Ji. He wanted to meet Bhai Sahib Randhir Singh Ji. He met Bhai Sahib and in the mid 1950′s he took Amrit at an Amrit Sanchaar organized by the Akhand Kirtani Jatha. After taking Amrit, Bhai Ajit Singh Ji took up the great rehit of Khalsa – Sarbloh Bibek. He used to get up at 1:30 am and his nitnem ended at around 7am. All day long too he kept reciting baani or Naam.

He never compromised on the principles of Gurmat. One of the most striking fact is that he did his military service in Air Force without tying his beard. It is totally unheard of but Bhai Sahib kept his rehit. In those days there was a Muslim senior officer whose name was HT Latif. Latif gave Muslims a special permission to maintained trimmed beard. Bhai Ajit Singh Ji took a copy of the order of Latif that a religious Muslim is allowed to keep short beard. This letter greatly helped him in his service in Air Force.

Once there was a medal ceremony where Bhai Sahib showed up in his flowing beard. The Hindu officer who was distributing the medals, took a note of Bhai Sahib’s beard and asked him to tie it. Bhai Sahib refused and explained to him that it is his religion to maintain flowing beard. The officer took offense and threatened to take action if he did not obey orders. At this Bhai Sahib showed him a copy of the order of Latif, where he had allowed religious Muslims to maintained beards. Bhai Sahib said that he too was a “Maulwi” of Sikhs and wanted to keep a flowing beard. As much as the officer did not like this but he had no choice but to let him off because Latif was a much senior officer at that time. Guru Sahib kept Bhai Sahib’s honour.

In another incident, a senior officer started smoking in the presence of Bhai Ajit Singh Ji. Bhai Sahib requested him to stop smoking. He got offended as he did not expect a junior officer to tell him what to do. Bhai Sahib again requested him but the officer did not care and spoke rudely at him. He went as far as breathing smoke towards Bhai Sahib. This was too much for Bhai Sahib to sustain. He held his hand and forcefully stopped him from smoking.

The senior officer immediately ordered that Bhai Sahib be arrested. He was arrested and put in jail. Preparations for court martial were started. Some senior Sikh officers found out about this event. They explained to the other officers that this case could take a political turn if Bhai Sahib was prosecuted. Finally Bhai Sahib was released and he joined his service again. He did not apologize for his act and was willing to sacrifice for this act.

Bhai Sahib was very close to Bhai Fauja Singh Ji. Bhai Sahib used to stay at his house all the time and vice-versa. Bhai Sahib had great spirit for the chardi kala of Khalsa.

After the rise of the militant movement of the Sikhs, Bhai Sahib’s house became a main stay for the militant Singhs. They used to stay at his house all the time. Being a Khalsa, he could not refuse anyone from staying in his house. He served them with his mind body and spirit. Famous Singhs who used to stay with him were Shaheed Bhai Harjinder Singh Jinda, Shaheed Bhai Balbir Singh, Bhai Mehal Singh, Shaheed Bhai Manbeer Singh Chaheru, Shaheed General Labh Singh and many others.

Everyone knew that the consequences of letting the militants stay at your house meant total destruction. Despite knowing this, Bhai Sahib never cared for the consequences. He did not care that his 3 sons and a daughter too could be victimized for this. He was worried about a higher cause. He wanted to serve the Khalsa of Guru Gobind Singh Ji and he was willing to sacrifice himself for this.

Finally the fateful day of July 1986 arrived when Bhai Sahib was arrested by CBI for helping the militants. He was taken to the infamous Tihar Jail of Delhi. He was severely tortured there. He stayed there for 9 months and in these nine months all efforts were made to make him incapable of doing any more sewa of Panth. They could not kill him as he was an officer in the Air Force but they did just that i.e. turned him into a harmless person for them. He used to narrate how he was made to witness tortures of other gursikhs. These gursikhs were tortured in front of him and then killed in fake encounters. One famous Singh who was killed this way was Roshan Lal Bairagi a Sikh who had converted from the Hindu faith.

Bhai Sahib was given electric shocks that greatly effected him. Electric shocks were given to his head and even to his private parts. He was severely tortured. They also used to give him injections and after those injections, he felt that his hands and feet used to start shaking. By the time he came out, he had developed some fatal disease as a result of this torture. Because of this shaking of his hands and feet, he fell down a flight of stairs one day and fell into a coma. He stayed in this coma for about 6 years untill June 5, 2003. He breathed his last on that day.