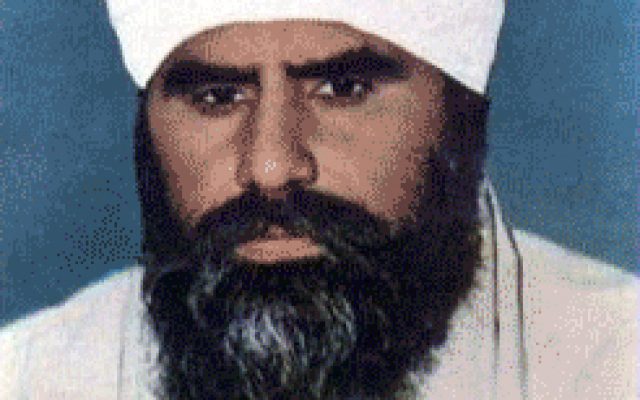 In 1961 Baba Ishar Singh Ji visited Delhi for a smagam and on his return stopped at Karnal; here the sangat requested Baba Ji to construct a Gurdwara for the sangat (congregation). This task was started by Baba Sadhu Singh in 1963, after Baba Ishar Singh Ji had passed away. In 1972 the Gurdwara building was complete and thousands of devotees came to visit the Gurdwara and seek blessings of Guru Sahib. In 1981 on request of the sangat, the foundation stone was laid for a langar hall in dedication to Mata Sahib Deva on the GT Road bypass at Karnal, where 24 hours langar was served to the devotees. Baba Jang Singh Ji was at the forefront of this seva.

From the very first day Baba Jang Singh Ji entered Nanaksar till his last breath Baba Ji was ever immersed in Naam Simran and seva of Guru Ji’s sangat. There are very few individuals who are blessed with attributes of spiritual and physical power and strength, Baba Ji was one of them.

Inevitably one who takes birth has to leave the earth one day, but some deaths are such in which eternal existence is hidden. These deaths are granted to the brave individuals who surrender there lives for truth and justice. Baba Ji fell into this category, he could not stand the injustices and atrocities carried out upon innocent Sikhs. Baba Ji fought against these oppressors head on.

The Dharam Yudh Morcha led by Sant Jarnail Singh alongside the Shiromani Akali Dal had become the talk of the whole nation and a headache for the Indian Government. During the Morcha a bus full of captive Singh’s was taken to a railway platform at Tarn Taran and collided with an oncoming train, in which 34 Singh’s attained Shaheedi. This new wave of atrocity deeply touched the hearts and minds of the entire Sikh community and it became apparent to that the Singh’s were deliberately massacred by the government.

Floods of sangat from many different areas began to emerge to pay their respects for the Shaheed Singhs. The sangat gathered at Amritsar and set off towards Delhi to let the tyrant leaders at Delhi know that there voices cannot be silenced.

The first night the sangat stopped at Fategarh Sahib and second night at Mata Sahib Deva langar hall in Karnal. After performing his langar seva duties Baba Jang Singh also joined the sangat in their march to Delhi.

Upon reaching the parliament, the sangat was fired upon on, Baba Jang Singh marched towards the front and a hail of bullets riddled his body.

Baba Jang Singh Ji’s final rites were performed by Baba Sadhu Singh (Nanaksar) on the 23rd of October 1982, many Sikh personalities came to pay there respects. Even till this day thousands of devotees visit Karnal Gurdwara Sahib where talk of Baba Ji’s sacrifice and seva is ongoing.